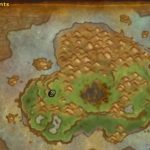 You can collect the Giant Dinosaur Bones to get the Reins of the Bone-White Primal Raptor from the Isle of Giants. You will need 9999 Giant Dinosaur Bones to acquire this mount. All the mobs in the Isle of Giants drop the bones that you can collect for the mount and pet. The name of the vendor is Ku'ma (who offers this mount). You can find this NPC in the west part of the … END_OF_DOCUMENT_TOKEN_TO_BE_REPLACED 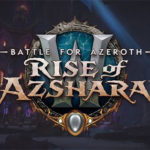 The latest patch 8.2, the Rise of Azshara, has just been released on the June 25th. This update brings with it a new and exciting zone for both factions to explore and fight over. Those of us who are of level 120, and have completed the faction specific quest “Uniting Kul Tiras” or “Uniting Zandalar," we will receive a popup quest from Genn Greymane or Nathanos Blightcaller. … END_OF_DOCUMENT_TOKEN_TO_BE_REPLACED

World of Warcraft was first released back in 2004. Though additional content, in the form of Raids and Dungeons, may have been released in the game over the years as part of various patch updates; it wasn't until the release of the first expansion The Burning Crusade in 2007, that the game began to truly change and evolve, becoming what it is today. Why Are People So Excited … END_OF_DOCUMENT_TOKEN_TO_BE_REPLACED 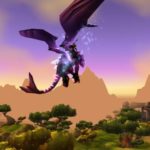 With Patch 2.1, players can gain the epic flying mount (Netherdrake)  through reputation gains with the Netherwing faction. There are two types of Netherdrake mounts available. The armored Netherdrake is an arena award. Can't wait to get your Netherdrake epic flying mount? Read our netherwing egg locations article. Minimum Requirements To begin, you must have a riding … END_OF_DOCUMENT_TOKEN_TO_BE_REPLACED

This is particularly useful when you want to make some gold from reselling a profitable limited stock vendor item. In order to reset a vendor’s item stock you just need to kill that vendor so when he respawns his items gets restocked. Just do the following in order to achieve this: Go the the vendor you want to buy items from. Set At War with the faction that the vendor … END_OF_DOCUMENT_TOKEN_TO_BE_REPLACED