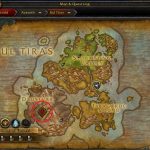 The Horde and the Alliance will take turns either invading or defending a zone on their continent. Neither continent will be attacked two times in a row, as each new incursion will be treated as a retaliation for the previous assault. How to Locate an Incursion While the continents are guaranteed to take turns in defending a zone. The zones themselves are chosen at … END_OF_DOCUMENT_TOKEN_TO_BE_REPLACED 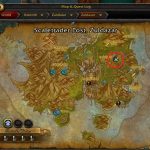 I have compiled all the answers for the questions that you get for the A Time to Reflect quest. This will help you easily complete the quest. Everytime you talk to Historial Llore, the question will change. So talk to the quest giver to get your question, keep the quest window open, then look up the answer from the list below and complete your quest. What was the name … END_OF_DOCUMENT_TOKEN_TO_BE_REPLACED