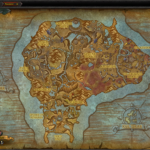 There are a total of 40 known rares scattered all throughout Nazjatar. But unlike how the rares are found in our Darkshore and Arathi Highlands guides, rares in Nazjatar are much harder to efficiently farm. In this article, not only will we be covering the locations that all of the rares can be found in and what they can drop; we will also be explaining how to reach the hidden … END_OF_DOCUMENT_TOKEN_TO_BE_REPLACED

World of Warcraft was first released back in 2004. Though additional content, in the form of Raids and Dungeons, may have been released in the game over the years as part of various patch updates; it wasn't until the release of the first expansion The Burning Crusade in 2007, that the game began to truly change and evolve, becoming what it is today. Why Are People So Excited … END_OF_DOCUMENT_TOKEN_TO_BE_REPLACED

Each battle pet has 3 available ability slots that open up at levels 1, 2 and 4. At levels 10, 15, and 20, a secondary ability becomes available for each of their slots. This allows some battle pets to be able to chain their own abilities together, using one ability to set up another to deal an additional effect. Or they can be used to complement the team by changing the … END_OF_DOCUMENT_TOKEN_TO_BE_REPLACED

As part of the Battle For Azeroth expansion, the World Quests Make Loh Go were introduced for the Tortollan Seekers faction. Through the use of a puzzle maze, these quests retell the story of a young Tortollan by the name of Loh and his adventures at different locations through out Kul Tiras and Zandalar. The aim of these quests, is to guide Loh to the designated points in … END_OF_DOCUMENT_TOKEN_TO_BE_REPLACED 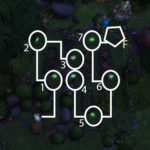 To complete this Make Loh Go world quest, you can find Toki standing on top of a hill near the cliff face to the WSW of Millstone Hamlet in Stormsong Valley, coordinates (22.8, 71). To complete this maze, simply follow the map below, or use your preferred keybinding to use the following directional movement abilities. →↑←↑↑←↑→↑↑→↑→↑←↑→↑↑↑←↑↑←↑↑←↑→↑↑→↑ … END_OF_DOCUMENT_TOKEN_TO_BE_REPLACED